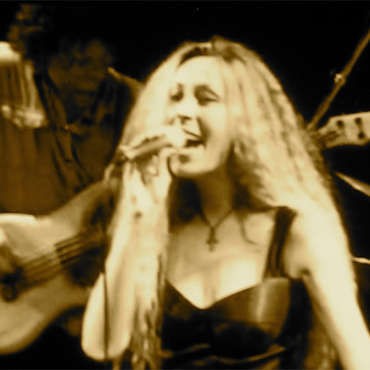 She is a composer, pianist and arranger, as well. She performed for the Dutch Queen Beatrix, and became the founder/CEO of an acknowledged private music school Vinni’s Zangschool that was attended by a record number of vocal students (the largest number of individual vocal students in the Netherlands 2008-2015). Some of her students became quite successful in the Netherlands, as well as in Denmark, Belgium, Italy, Germany and Spain. She also gave master classes (Music & Self-confidence), and worked as a docent of music, pedagogue of comprehensive music theory, and vocal / instrumental consultant at two noted colleges in the Netherlands. From 2005 to 2015 she has organized numerous music events, as well.

After an unexpected and profoundly transformative shift in consciousness she experienced in 2014 (that was caused by tremendous distress), she did something many consider unthinkable: She completely withdrew from her busy career and all social media activities. She then embarked on a journey to the dimension of inner depth, in order to explore and better understand the seemingly causeless euphoric peace that has stayed within her every day ever since.

She began researching mindfulness, karma yoga, qi flow yoga, and attended educational retreats in Costa Rica and Norway. In 2017 and 2018 she conducted a series of well-received and well-attended awareness guidance projects in the Netherlands, that were composed of mindful counselling, guided meditation, qi flow yoga and music. 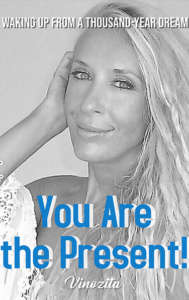 Since 2002, she has enthusiastically mentored, coached and counselled an immense number of people of different cultural and social backgrounds. 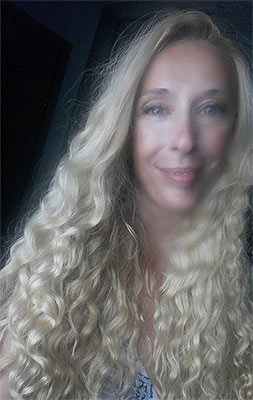 Her books feature her first-hand experiencing of a deepened awareness, and the insights that are arising intuitively during her process of inner awakening. In 2019, her first book You Are the Present: Waking Up From a Thousand-Year Dream became a number 1 Bestseller on Amazon.nl. It held the #1 Best Seller Rank for twelve consecutive weeks and in multiple categories (Health / Human Relationships, Philosophy / Incorporeality, Politics / Social Sciences). It also reached the highest ranking in the entire Kindle Store Top 100 on more than one occasion.

The Ebook version of this book is now temporarily available – only in our Online Shop!.

Her love of learning about different cultures has already led her to 32 countries on 5 continents. The Netherlands is her adopted home, but she currently mostly resides on the Greek island of Crete, where she studies Greek language and works on a new book about the secret wisdom of Cretan philosophy of life.

In December of 2019 she founded Bright Life Events & WellBeing Coaching Company in Greece.

Contact us for coaching sessions, workshops and speaking events.